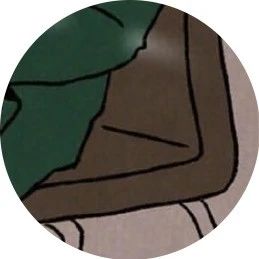 If you can't control other people's mouths, keep your own heart.

A young man asked the eminent monk, "Master, why do I always accomplish nothing?"

the eminent monk asked him, "how have you spent these decades?"

"I originally wanted to paint, but some people said it was useless, so I didn't do it any more.

later, I wanted to write, but some people said I had no future, so I stopped writing.

later, I wanted to study medicine, but some people said it was too hard, so I didn't take the exam."

the eminent monk sighed, "you always live in other people's mouths. How can you live a wonderful life?"

as the eminent monk said, life is short, and people who always live in other people's mouths are doomed to live a bad life.

No matter how capable you are, some people will pick out the thorns

those who have seen the Strange Story must be very impressed by Ma Weiwei.

the queen of gold sentences, who is famous for her sharpness, won the first place in the competition.

in the following seasons, she was trapped in the eyes of the outside world and lost herself step by step.

after the end of the first season, everyone criticized her for being mean and sharp.

so when she recorded again, she began to try to make herself look softer.

but after the program was broadcast, some people began to ridicule her for her poor condition and lack of edge.

later, Ma Weiwei began to tell sharp jokes again, and the audience accused her of "being held hostage by money" and "utilitarian".

finally she made up her mind to put aside all shackles and share her story sincerely.

who ever thought that this time the audience still didn't buy it.

everyone said in disappointment, "Ma Weiwei, why aren't you like yourself?"

after all this, Ma Weiwei fell into a breakdown and even suffered from depression.

in the fifth season, she cried on the stage and said she would never find her glowing self again.

have read a sentence:

"if you are a tree, other people's attitude towards you is wind after wind."

if you always care, any gust of wind will shake you violently and even blow you down. "

there is no absolutely perfect person in the world, and there is nothing that does not go unjudged.

those who care too much about the attitude of others will become weak no matter how strong they are.

what really hurts you is not the opinion of the outside world, but your heart that cares too much.

No matter how nice you are, some people dislike you

during the period of Emperor Taizong of the Tang Dynasty, there was a famous prime minister named Xu Jingzong.

Tian Taizong called him to his side and asked him:

"in my opinion, among the Manchu civil and military ministers, you can be said to be the most capable one.

but there are still ministers talking about your rights and wrongs in the memoir. Can you tell me why? "

for farmers, Rain Water in spring can nourish everything and bring a bumper harvest;

in the eyes of pedestrians, muddy roads are tiresome.

for the literati, the bright moon in the sky is the source of creative inspiration;

but in the thief's heart, such light has become an obstacle for him to steal.

even God can't satisfy everyone, not to mention that I'm just an ordinary person. "

indeed, no one in the world can satisfy everyone.

Show off your curvy figure and have it shaped by our stylish purple bridesmaid dresses. Start your amazing online shopping at your home.

it's like the well-known story of father and son riding donkeys.

in the end, the two people simply come down and lead the donkey, but they will still be accused of being "stupid".

you know, not all fish live in the same sea area.

some people have only one mouth and never intend to know the real you.

people who don't like you, no matter how much they please, they won't stop criticizing.

what other people say, always take it to heart, and you lose.

Life is not easy. Learn not to care, and you win.

words are in the mouth of others, and Lu is at his own feet.

I remember an interview when a reporter asked writer Feng Tang what he thought of him by the outside world.

indeed, if you want to live at ease in your life, you need to have some courage that is "none of my business".

No one can stop other people's comments, but you can choose not to listen.

when your heart is firm enough, the words of the outside world are just passing by.

Mo Yan's works have not been published for a long time after he won the Nobel Prize for literature.

there are many people in the outside world who have questioned him openly and secretly that he is "at the end of his talents" and "lost in fame and wealth."

in the face of these shadowy comments, he never explained publicly, but replied faintly:

"the evaluation of outsiders is very difficult to enter the heart, they just measure you according to their own standards.

it is you who really judge yourself the most. "

in the years that followed, Mo Yan continued to precipitate himself, creating at his own pace.

in just a few months, the rave reviews became the most powerful response to all criticism.

as the Norwegian Forest says

"No matter what people all over the world say, your own feelings are correct."

No matter what everyone in the world thinks, you shouldn't upset your rhythm. "

others are just passers-by, and only you are at the helm of your own life.

instead of being afraid of hands and feet in the eyes of others, it is better to settle down and do things.

learn to block the outside noise in order to live in your own rhythm.

go your own way, and time will prove it for you.

I can't control other people's mouths, so I keep my heart.

there is a saying on the Internet:

there is a good saying on the Internet:

"I never value other people's opinions. I know it's hard to tune. I like it.

I never care about other people's comments. I'm not his wisdom tooth, and no matter how I say it, it doesn't affect me.

I never envy other people's lives. How they have nothing to do with me is the most important thing."

in life, who is not said by others.

far away, not in other people's mouths, but at your feet.

what we really care about is not what other people think, but what we think inside.

Don't be easily shaken by the noise of the outside world, and don't kidnap yourself by the standards of others.

you don't have to cater to or please anyone but yourself.

those comments and criticisms, let them all drift away with the wind.

for the rest of your life, just go your own way.

you know, there are thousands of forms of sentient beings, but none of them can compare with the appearance that you are loyal to yourself.

obey your heart and live your life, so that you can live a short life.