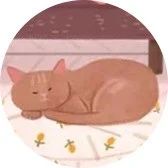 People in this life, what emotions you have, what life!

people who are really smart should learn to control their emotions.

because under extreme emotions, people are particularly likely to make extreme choices.

because the promises made by people under ecstasy are often not their own inner will, they tend to break their promises to others in the future.

in history, there was such a king who made random promises when he was happy and ended up being killed because of melon.

this true story takes place in the Spring and Autumn period, when the State of Qi United with the four vassal states of Song, Lu, Chen and Cai to attack Wei.

because before this siege, the State of Qi did not apply to the son of Zhou at that time. Therefore, after the State of Wei was captured, Duke Qi Xiang, the prince of Qi, worried that King Zhou would send troops to attack him.

so he sent two of his generals to lead their troops and horses to guard the border of Qi to prevent the Zhou army from raiding Qi.

before leaving, the two generals asked Duke Qi Xiang. they said that although it was difficult to guard the frontier, as subjects, they dared not refuse. It's just that there has to be a time limit, otherwise when will it end?

generally speaking, King Qi Xiang should think carefully about such a state event before solemnly replying to each other.

but who knows, Qi Xianggong was eating melons happily at that time, so he casually replied to the two generals, "now is the season for melons to be ripe, so wait until next year, when melons are ripe. Then I will send someone else to replace you."

when the two generals listen, they only need to guard for one year, and that's OK. So he went to battle lightly and took the soldiers to guard the frontier.

before you know it, a year has passed. But at this time, Lord Qi Xianggong had long forgotten his previous promise.

when the two generals saw that Qi Xianggong had not sent anyone, they asked someone to offer ripe melons to Qi Xianggong, implying that the King of Qi Xiang kept his promise.

who ever thought that after Qi Xianggong had collected the melons, he did not intend to call them back at all.

therefore, in a fit of anger, the two generals joined forces with the domestic ministers to revolt, killed the Duke of Qi and re-elected the new monarch of Qi.

the Book of morality says that "light promises must be untrustworthy". Never make promises to others casually when you are happy, or you will eventually bring great disaster to yourself.

Don't argue when you are angry

therefore, when you are angry, it is best not to argue.

in the Song Dynasty, there was a legendary prime minister, Lu Mengzheng, who was born in poverty. In order to survive, he even became a beggar.

therefore, when he became the core official of the Song Dynasty, the fact that he had been a beggar has always been used by his political opponents to humiliate him.

on one occasion, someone deliberately said when he passed by that now the threshold for an official is getting lower and lower, and even a poor boy who has been a beggar can go to court and become an official!

and Lv Meng's colleagues who were close to him were so angry that they vowed to find out the man who uttered evil words.

but Lu Mengzheng hurriedly stopped his friends from pursuing.

his friends asked him, "Why don't you pursue it to the end?"

after taking a break, he said to his friends:

"if I knew who this person was, I would definitely argue with this person out of anger, lose my mind and do extreme things."

then don't I lose more because of other people's small mistakes? "

Yes, when a person is angry, it is the most unconscious time. If there is a dispute with someone at this time, it will make things bigger and bigger, and eventually lose more and more.

therefore, the ancients said that "do not argue when angry" is the best way to avoid disputes.

Don't say anything when mourning

it is impossible for people to have plain sailing when they are alive. We always encounter such blows and difficulties.

but truly mature people have learned to heal themselves and not to tear their misfortunes to others.

I saw a question in Zhihu saying:

among them, a high praise replied:

as we all know, Mr. Lu Xun blessed Mrs. Xianglin in this novel.

Sister Xianglin lived an unfortunate life. She was widowed in her early years, so she finally went to Luzhen to find a job and was captured by her family.

later, she was forced by her family to marry a man she didn't like. In the end, the man fell ill and died, and her only son, Ah Mao, was taken away by the wolf.

so, as soon as she met someone, the unfortunate Mrs. Xianglin told others her sad story and told them how painful she was.

Mr. Lu Xun said, "at first we all sympathized with her, but slowly she talked so often that everyone hated her."

is it because people are not old-fashioned that everyone hates her in the end?

in fact, there are so many bad guys!

just because the worldThere is no real empathy, only cold and warm self-knowledge!

therefore, when people are at a low ebb, do not disturb anyone, and learn to "mourn but do not speak".

Don't tear your wound open to others over and over again.

when Alibaba was listed in one fell swoop, Jack Ma said:

this is what the Book of songs says: "there is no beginning, but fresh grams have an end."

there are many people who dare to start, but few people can hold on to the end.

in fact, there are not so many competitors on the road to success, and most people give up halfway.

Require to replace your fast shipping prom dresses after each occasion? Shop your dreaming and favorite garments now.

however, in many cases, with one more step of effort, we can reach the destination we want.

for example, there used to be a popular "bamboo shoot law" on the Internet, which says this:

We now use "bamboo shoots after a spring rain" to describe the rapid development of things.

but in fact, when bamboo is still a bamboo shoot, it grows only three centimeters in the soil for four years.

and bamboo grows slowly because it has to take root firmly in the soil.

therefore, a bamboo that covers an area less than the size of a bowl has a root system that can be covered for several kilometers.

but it is this accumulation day and night that enables bamboo shoots to grow rapidly to 15 meters in just six weeks after they are unearthed, avoiding the risk of being eaten as bamboo shoots.

so, as Liji University once said,

the more tired we are, the less lazy we can be. If we can improve a little bit more than others every day, over time, we can go a long way ahead of others and achieve success that others cannot get.

to be a man, you should have a certain organization in doing things and a certain purpose in dealing with others.

only in this way can we be the masters of emotions and control the rest of our lives!