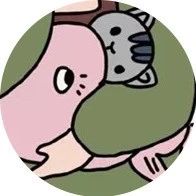 Write to someone who thinks I'm a fool! (poke the heart in every sentence)

with people coming and going all over the world, it is inevitable to deal with all kinds of people.

these people seem to be kind and gentle on the surface, but they treat people like fools behind them.

I never thought that people are sensitive, no one is stupid, and not saying anything doesn't mean they don't know anything.

good or bad, I know

some people say that the most chilling thing in the world is:

I regard you as a confidant, but you treat me as a joke;

I regard you as a friend, but you take me as a fool.

I have deep feelings about this. When I get along with others, what I fear most is that enthusiasm is ignored, trust is used, and I am truly disappointed.

in life, there are always some people who think they are smart, be careful, take advantage of other people's kindness and hurt others.

but in fact, no one is really stupid. I know whether you are sincere or false to me.

most of the time, it's not that you can't see the clue, but you just don't want to say it, so you choose to put up with it.

you know, there is a scale in everyone's heart, which is good or bad, true or false, and it is clear at a glance.

just because I don't ask about something doesn't mean I don't understand;

just because I don't say something doesn't mean I don't know.

there is a good saying: "the people you can bully are those who are willing to bully you."

in fact, no one is stupid, just willing to play dumb for you.

but every compromise and concession leads to an inch of progress;

every true feeling is a lie and deception.

if it goes on like this, no one will want to be stupid anymore.

if not sincere, no matter how close the relationship is, it is easy to become a stranger;

if you don't cherish it, no matter how long the relationship is, it will drift away.

Don't take me for a fool. I know both good and bad.

if you really mean it, I'll do it with my heart; if you pretend, I'll turn around.

those who cherish me, I cherish

there is a saying quite right: "I cherish everyone who is kind to me, because I know he could not have done so."

Yes, no one in the world should take it for granted to be kind to you. If someone is kind to you, be grateful and cherish it.

Don't forget that feelings cannot be given unilaterally by one person;

I think of the profound friendship between Hu Shi and Gu Jiegang.

at that time, Gu Jiegang worked in Peking University, and his monthly salary was only 50 yuan, which was simply not enough to support his family, and his financial situation was very poor.

after knowing this, Hu Shi took the initiative to recommend him to compile books for the Commercial Press and set aside 30 yuan a month from his salary to help Gu Jiegang tide over the predicament.

thanks to Hu Shi's help, Gu Jiegang was able to alleviate his financial difficulties and delve into historiography without distractions, laying the foundation for his future development.

later, Hu Shi was violently criticized, and Gu Jiegang silently supported Hu Shi behind his back.

he even recorded the past in his autobiography regardless of political risks and the wind of public opinion.

the lines are full of his gratitude to Hu Shi and the cherishment of this friendship.

I can't help thinking of the familiar poem in the Book of songs:

"throw me papaya and reward it with Qiongyi."

you send me papaya, I present you beautiful jade, not only to express my gratitude, but also to clarify my treasure of this friendship.

if you are sincere, I will be sincere; if you cherish me, I will cherish you even more.

the feelings between people deserve to be cherished, and the sincerity can last for a long time.

in the future, be sincere to those who value you, and double cherish those who cherish you.

those who deceive me

Featuring trendiest design, our wedding dresses under 200 are your must-have. This section is just for you – unique in every way.

in fact, life is like a mirror, it treats you as you treat it.

it's the same with people. If you trust them, they will take care of you.

however, if you cheat and conceal them, they will accept their trust in you and turn away.

it's like the story between Duan Jiabao and Xiao Bing in the TV series "Twenty No doubts".

Duan Jiabao is a fan. When he meets Xiao Bing, who is also a fan, he feels very congenial and regards her as a friend wholeheartedly.