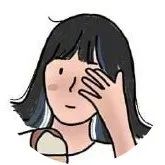 Your kindness, no one knows, God knows.

heard a saying: "every candy you send has gone to the right place, in fact, the earth is round, and the good deeds you have done will eventually come back to you."

indeed, all the good things in the world are intertwined.

your kindness will not only not suffer losses, but also bring blessings.

save a little more good thoughts and do more good deeds, there may be unexpected gains.

because your kindness, even if people do not know, God will know.

you are kind and have nothing to lose

in Shanghai, there is a Grandpa Ai and a Grandma Xin.

about 20 years ago, they sold one of their houses and donated a primary school to a mountain area in Shaanxi Province.

about 10 years ago, they used 200000 of their savings to set up a special fund to donate money to poor but aspiring college students.

when asked why, Grandpa Ai said that he had the misfortune to lose his son in old age, and his son's greatest wish was to let more children read, and he had to find a way to help him realize this wish.

when she was nearly 90, Grandma Xin left first, and Grandpa Ai also fell.

thinking that his life was over, someone sent him to the hospital and even hired a babysitter to take care of his daily life.

this person is the college student who has received his donation, and he also came with the instructions of all the people in the foundation, hoping to help Grandpa Ai spend his twilight years.

you see, really kind people seem to give everything, but also get everything.

when they give, they will have peace of mind, and when they are in trouble, they will get the warmth of the world.

Bulwer Lishun also lamented: "if beauty is a letter of recommendation, then kindness is a credit card."

your kindness will not suffer, but will become a surprise and good luck later in life.

as the Book of changes says, "there must be a celebration in the home of accumulating goodness."

Shenguo may be a little late, but never absent.

kindness will be rewarded at last

two days ago, CCTV news reported the deeds of a migrant worker.

his name is Yuan Gebing.

in the torrential rain in Zhengzhou, he was soaked for more than 16 hours and rescued more than 50 people trapped.

but in the meantime, he only ate one packet of instant noodles.

back to July 20, the people of Zhengzhou have been trapped by heavy rain for more than a day.

Yuan Gebing was going to do some shopping, but when he went out, he heard a cry for help on the nearby bus stop.

Treat yourself to a luxurious freshman year 9th grade homecoming wear in our website. Happy to help you to choose your dreaming garments.

without thinking, he jumped into the water and swam towards the trapped people.

at that time, the current was very fast and there were no life-saving tools around him, so he relied on his good swimming ability from an early age to help one person after another.

first he swam to the bus stop and transferred the three people who called for help to the roof of the ticket booth.

then I saw three middle school students not far away helping an old man, but the current was so fast that the old man was about to be washed away.

along the way, they were washed away by the flood several times, but fortunately, they were not in danger at last, and both of them escaped safely.

after saving so many people, Yuan Gebing was scratched by stones and bled in many places, but he still did not stop the rescue, and even threw off his shirt and trousers in order to reduce resistance, and the mobile phone, ID card and bank card inside were also washed away by the flood.

later on the news, he was frightened when he saw the flood that day.

but if he is allowed to choose again, he will still be desperate to save people, because the kindness rooted in his heart is not only the driving force for him to move forward, but also the solitary courage that he has no time to think about.

in those ten hours, he lit the fire of hope for 50 fresh lives.

in fact, in March this year, Yuan Gebing came to Zhengzhou, Henan Province from Shiyan, Hubei Province, where he worked as a temporary worker on the Zhengzhou project construction team of the first Bureau of China Railway. His job was unstable and his salary was occasional.

after his story was exposed, the unit made an exception and transcribed him into a regular employee, so that he finally stabilized from years of travel.

maybe this is kindness, and there will be blessings in the end.

as the Shuimu motto says:

whether it is high or low, kind-hearted is the foundation of being a man. If you focus on benefiting others, even if you don't ask for anything in return, the return will come all of a sudden.

A person's life is like a piggy bank. Every kindness invested will be fully rewarded one day in the future.

Laozi once sighed: "those who love come back, and those who are blessed come back."

all the love and kindness in the world is a reincarnation.

your kindness will come back to you one day.

although you are kind, you have your own considerations.

you have heard a story about Essen Howell.

one day during World War II, when he was driving at night on a mission, he saw an old couple shivering in the heavy snow on the muddy roadside.

he was so compassionate that he asked the driver to stop and ask about the situation.

it turned out that the old couple wanted to go to Paris to join their son, but the car broke down.

in the middle of nowhere and alone, they just want to stay where they are and see if they will meet kind-hearted people.

after hearing this, Essen Howell hastened to get the old couple on the bus and asked the driver to take them to Paris by detour.

A long time later, EssenHowell knew that the enemy had long been ambushed on his way, but he dodged a bullet because of his kindness.

if people have good thoughts, God will bless them.

most of the time, we seem to be helping others, but we are actually helping ourselves.

coincidentally, I saw such a story on the Internet.

A man born in poverty inadvertently saved a child.

unexpectedly, the child was born rich, and his father paid a special visit the next day to express his gratitude.

but the poor say, "I don't have much money, but I don't save people to get paid."

while the two were talking, the poor man's son just pushed the door in.

the rich man said, "since you don't want to be paid, I want to return the favor." Then let me take your son and give him the best education. "

the poor agreed to the proposal of the rich.

the child who was saved by the poor accidentally contracted a serious illness, while Fleming used his superb medical skills to pull him back from the brink of life and death.

Benjamin Franklin once said, "what a man sows, he will reap."