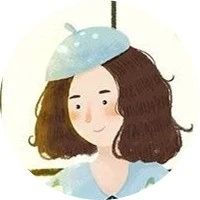 my daughter was playing with cards at home when she suddenly looked up and said, "Mom, can I marry a rich man?"

with that, she looked at her mother's face carefully, hoping to get an answer.

Mom asked her, "Why are you asking this question?"

she said: "I was at school and told my classmates that I wanted to marry a rich man, and they laughed at me for being too vain."

Mother meditated for a while, and then wrote a long letter.

Dear daughter, the first thing your mother wants to tell you is that there is nothing wrong with wanting to marry a rich man.

but, my dear daughter, don't think that only falling in love with a poor and ugly man can be called noble just because of these unimportant words.

Love does not need to be particularly noble, love needs to follow the heart.

if there is something you like when you see it and happy when you think of it, it is worth pursuing. Only by following your heart can you find your own fun at any time in your long marriage and love life.

your father is neither rich nor handsome, but he is talented and a good cook. Whenever she thinks about this, her mother thinks that marriage is worth it and the world is worth it.

I hope you can also find someone who makes you feel worthy. It doesn't matter that you define him as "rich" now, "handsome" in the future, and "talented" in the future.

it is important that you follow your heart and not be kidnapped by the eyes of others.

marrying a rich man sounds like a good thing, but it's not that easy.

two of my mother's friends, like you, want to marry a rich man.

one of them has been dressing up since she was at school and is keen on attending various parties. At that time, we all thought that she was the one most likely to marry a rich man.

she did date a lot of rich boyfriends, but in the end, none of them married her.

later, as she got older, she was no longer so good-looking and didn't have a decent job, and finally she just found someone to marry.

daughter, when you see this, you may say, "those rich people are so bad, how can they treat their feelings so irresponsibly?"

Yes, my first friend, though ignorant and asking for trouble, is still a victim who believes in love.

every time she is broken up, I will scold the scum men who play with my feelings in my heart when I see her crying like a pear.

in fact, both the rich and the poor have bad and good people, and it's hard to say which is higher.

being rich is a good bonus, but not the most important one.

in addition to being rich, he must also treat his feelings sincerely, loving and responsible. Without these, my mother would rather you marry a good man with no money.

so, dear daughter, "I want to marry a rich man". At the end of this sentence, my mother wants to add a sentence for you-"but not anyone who has money can marry".

another friend of mine is Aunt Lin you know.

Aunt Lin's family is very rich, as you know. What you don't know is that Aunt Lin once worked as an exchange student in the UK, had a CET-8 certificate and worked as a simultaneous interpreter for the boss of an enterprise.

-these are all her experiences before she met your Uncle Lin.

because of these, whether it is your Uncle Lin or Uncle Lin's parents, they can always look up to her and never snub her because they have money in their own family.

you see, marriage is like a deal, and the rich are smart and they never lose money.

if you want to marry a rich man, you must have enough to show.

from an investment point of view, they obviously prefer smart and motivated girls to a beautiful vase.

if you look closely, you will find that the wives of the rich are not the most beautiful ones. Most of them are ordinary-looking, but knowledgeable and full of wisdom.

this is because, for the rich, a woman's appearance is the easiest thing to depreciate, while wisdom, insight and problem-solving ability are as valuable as gold.

and what you need to do now is to study hard, expand your knowledge, and make yourself as good as possible, so that you have enough capital to pick and choose.

Get prepared to buy a fabulous petite wedding guest dresses for over 50 and be the center of attention? Awesome choices and amazing discounts here.

Dear daughter, finally, your mother wants to tell you that it is nice to marry a rich man, but life is not about marrying a rich man once and for all.

currently the richest man in the world is Amazon CEO Jeff Bezos. His wife, Mackenzie Bezos, is a well-known novelist.

she didn't throw away her pen because she married the richest man in the world.

on the contrary, even though she has given birth to two children, she still insists on using her precious time to create before the child gets up and after school.

therefore, Bezos praised his wife for being resourceful, clever andMind.

after many years of marriage, his love for her has only increased.

when Mackenzie is mentioned, the outside world will also introduce "novelist Mackenzie" rather than "Mrs. Bezos" in general.

No matter who a woman marries in the future, she must not lose the value of her own existence. Only in this way can she have enough strength to love and accept the love of others.

otherwise, let yourself get lost in your husband's wealth, which is no different from a pet.

Dear daughter, I hope you can marry a rich man.

I hope you can marry a good man with money.

I hope you have enough capital to be worthy of the people you want.

I hope you can still have your own wonderful whether you get what you want or not.