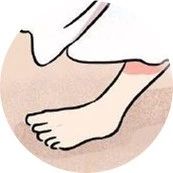 Forgetfulness is the highest wisdom.

Balzac once said, "if you don't forget a lot, life cannot go on."

most of the time, we live very tired, not because the situation is very bad, but because we have a good memory. Remember the mistakes of others and the troubles of life too clearly.

everyone is carrying a heavy load on the road of life, and no one is always plain sailing.

those who are really wise are good at healing their hearts with forgetfulness and cleansing their troubles with letting go.

forget your age and dare to try

once read a sentence on the Internet: "in this life, there is no best age, only the best state of mind."

people who are really good never care about their age, because age is only a number and will not hinder our progress.

Table Tennis player Ni Xialian is a person who is not afraid of age.

at the Tokyo Olympic Games, 58-year-old Ni Xialian competed for the fifth time. It is not easy for table tennis players to compete at this age.

but dreams have nothing to do with age.

in a post-match interview, the host asked her, "when will you bid farewell to the Olympic Games?"

she replied firmly: "Why should you limit yourself with age? age doesn't matter, as long as today is a little younger than tomorrow."

in Ni Xialian's life track, age is only a ladder to increase her experience, not a hindrance to her pursuit of life.

similarly, among the athletes racing against time is 46-year-old gymnast Chusovigina.

she has participated in 6 World Championships and 8 Olympic Games, and won many medals on the field. Behind the brilliance of

she also had an extremely difficult experience.

in fact, like most athletes, she retired after success at the age of 21.

but after marriage, her son was diagnosed with leukemia, and in preparation for the high medical expenses, she decided to make a comeback, even though she was 27 years old.

but she feels that age is just a number and that trying bravely is the meaning of life.

she endured the old injury, practiced hard and worked harder than others. Finally, she won the silver medal in the vault at the 2008 Beijing Olympic Games.

Age is not a reason for cowardice, nor is aging a reason to give up trying.

people who really achieve something, all know how to forget their age and dare to pursue their dreams on the track of life.

Ji Xianlin once said: "although I am 80 years old, and my internal parts are not very sound, I am calm."

do not worry about age, in order to be in high spirits in the flow of time; dare to try, in order to grow in the erosion of time.

in this life, there is no best age, only the best self.

forget the faults of others and free yourself

Lu Yao once said in the ordinary World: "the reason why people suffer is to pursue the wrong things."

what really makes people feel tired is not the harm given by others, but the shackles they give themselves.

most of the time, only by letting go of other people's mistakes can you free your heart.

I have seen such a story.

8-year-old Paco once came home angrily and complained to his father, "Dad, I am very angry. Today, my classmate Joaquin made me make a fool of myself in front of my friends. I hope he has more bad luck than me!"

my father went back to his room, hung a white dress in the air, gave Paco a bag of charcoal and said to him, "now, you think of that dress as Joaquin, and you can throw as much charcoal as you feel angry until the anger dies down."

after hearing this, Paco took the charcoal and threw it directly at the clothes, but Paco was not tall enough and did not throw it on the white clothes for a long time.

after throwing it for a while, Paco felt relieved. At this time, his father asked him to look in the mirror. When Paco looked at it, he found himself covered with stains.

my father said earnestly, "you threw it away for a long time, but the dress didn't get very dirty, but you were in a mess." If you always remember other people's mistakes, you will be hurt even more eventually. "

indeed, the least worthwhile thing in life is to complain about bad life and get angry about bad things.

forgetting unpleasant things is not an escape, but a real maturity;

letting go of other people's mistakes is not weakness, but a kind of spiritual relief.

May you put your time and energy in the right place, be tolerant of others and be kind to yourself for the rest of your life.

forget the troubles of life and take a look at everything

Buddhism once said: "worry has no root, if you don't pick it up, you will lose it."

there are a lot of troubles and puzzles in life, and people who are really happy know how to forget their worries.

Song Yunhui, the hero of "Great Rivers 2", is determined to break out of the world in the East China Sea, but his work is blocked by his boss in every way.

as the core person in charge of the project, he was driven to the construction site by his boss to engage in the hardest infrastructure work at the bottom. On the other hand, the other factory directors who assisted him in his work were left in Beijing and were reused.

in the face of all kinds of unfair treatment, Song Yunhui did not bear in mind, but kept his feet on the ground and was determined to make some achievements on the construction site.

he focused on the overall situation of the development of the East China Sea, regardless of the exclusion and difficulties of his boss, and devoted himself to studying technology.

not only early and late every dayReturn, the development project, everything is to do it personally, encounter difficulties and learn from the experience of the elders in time.

in the end, he not only made a success of his career, but also won the support and love of his employees.

Song Yunhui succeeded at the bottom of his life mainly because he was open to things and never dwelled on the sorrows of the past.

I like a sentence on the Internet: "prosperous 3000, bearish is floating clouds; countless troubles, want to open is a sunny day."

Life is short, and people who are really wise do not worry about trifles or trifles, but concentrate on their own careers.

instead of struggling with the status quo that cannot be changed, it is better to keep your feet on the ground and practice yourself.

when your heart becomes richer, you will open up all the worries in your life and work hard for the life you want.

May you forget your troubles, look at mundane things, simplify them, and reap happiness for the rest of your life.

forgetfulness is the highest wisdom in life

Life is a journey of forgetfulness. When one learns to forget, one will live magnanimously and easily.

forget age, you can try bravely and live yourself in the flow of time;

forget other people's mistakes, you can free yourself from past obsession and live an easy life;

forget your troubles, you can see vulgar things in the ups and downs of life and laugh at suffering.

forgetfulness is a person's highest wisdom.

the rest of our lives are long. May we forget everything and be at ease with nothing in our hearts.

Searching for mob dresses 2022 fall to add a dash of grace to your outfit? The largest choice of superb dresses with discounted prices.