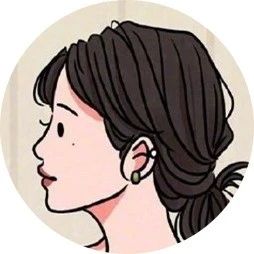 Parents, you can no longer assign mobile phones to your children in various names in the new semester!

Recently, the idea of "double reduction" has attracted a lot of attention, and what people are most concerned about is how to lighten the burden on children.

but don't ignore one of the most important items--

"guide students to make rational use of electronic products, control the duration of use, protect eyesight health, and prevent Internet addiction."

in this regard, the central media spoke directly!

on August 3, the Economic Information Daily published an article commenting on the online gaming industry, saying that "spiritual opium" had grown into hundreds of billions of industries, affecting countless minors.

on the one hand, the game industry has grown into a huge industry.

in 2020, the actual sales income of the Chinese game market was 278.687 billion yuan, and the operating income of Teng X games, which accounted for half of the country, reached 156.1 billion yuan.

on the other hand, minors are deeply affected by online games.

No industry or competition can develop in a way that destroys a generation.

but can the responsibility for a child's addiction to games be completely shifted to any party such as the game manufacturer?

it is the common responsibility of parents, schools and society to help children get rid of the adverse effects of mobile phones and online games.

A boy in Tiantai County, Zhejiang Province suddenly hit his head against the wall like crazy in class. Not only did he not respond, he didn't even know the people around him.

within a few days, his intelligence fell back to two or three years old, and he could not take care of himself at all.

the doctor diagnosed that the child was mentally impaired and appeared various mental and somatic symptoms caused by autoimmune encephalitis.

the culprit is the mobile phone!

it turns out that when children are free, they play games, browse Douyin, and play mobile phones late into the night for a long time, resulting in a serious lack of rest, major problems with the immune system, and even mental illness.

in fact, as early as two years ago, the World Health Organization listed mobile phone and video game addiction as mental illness.

there are three main characteristics:

isn't this just the daily life of children?

No wonder the central media compare mobile games to "spiritual opium", because once addicted, children will be captured by junk happiness.

I have observed the children around me who are addicted to mobile games:

reminds people of the saying:

the quickest way to destroy a child is to let him indulge in "junk happiness".

since the holiday, children can be seen playing with mobile phones everywhere:

A report by the China Children's Center shows that

in China, more than 60% of children spend all their time playing games and browsing videos besides attending cram school.

on school days, children spend 43.24 minutes using electronics in a day, and 96.27 minutes on weekends.

using electronic products for a long time will destroy a child's learning ability.

impair concentration: when you do your homework, check your phone and play games from time to time, and you can't concentrate all the time.

destroy logical thinking: when solving a problem, you look for answers directly on the Internet, without thinking or mastering knowledge.

excessive indulgence in online games will take away children's interest in learning.

compared with learning, games can give children a sense of freshness, value and satisfaction more quickly.

Children who do not want to study, "in the heart of Cao Ying", play the image of "pseudo-learners" every day, and are left behind by their peers.

terrible! You can't imagine the harm mobile phones do to children!

however, most parents feel that it is normal for their children to play with their mobile phones, and there is no "harm" at all.

Let's see what the experts say.

A study by the National Institutes of Health (NIH) found that the brains of some children who watched the screen for a long time changed, their cerebral cortex became thinner prematurely, and they scored poorly on language and reasoning tests.

Dr Gerard Kadu of the University of Warwick in the UK warned that radiation from mobile phones can damage the normal function of a child's nervous system, causing memory loss, headaches and poor sleep.

data show that children play with their mobile phones for 20 minutes continuously, blinking 7.67 times per minute on average, and their visual acuity drops to 43.8 degrees on average, which is close to myopia.

-causes the child's eyesight to deteriorate.

excessive obsession with mobile phones will not only affect the growth and development of children, but also damage their mental health.

A middle school student in Mianyang, Sichuan Province, jumped into the river to commit suicide after being criticized and educated by his parents for playing with his mobile phone every day during the holiday.

A middle school student in Huludao, Liaoning Province, took more than 60,000 yuan from his parents to recharge the game and jumped from a building to kill himself due to excessive pressure.

excessive indulgence in mobile phones has damaged the physical and mental health of children. They become extremely vulnerable, lose confidence in real life and easily give up.

in the face of children who are "depraved", do we still have to do nothing?Watch and let them be swallowed up by their cell phones?

Please don't expect the child to put down the phone voluntarily!

what kind of parents and families will raise children who are addicted to mobile phones?

it is not the mobile phone that really harms the children, but the parents' lack of self-education.

I have seen an educational short film called "listen, Children are talking" and was impressed by one scene.

the three members of the family are sitting on the sofa, but the father is playing games and the mother is chasing the play, paying no attention to the daughter around him.

my daughter sat on the sofa with a lonely face, saying nothing. It is surrounded by the noise of mobile games and the lines of TV dramas.

in such a "garbage" environment, how can she work hard and study actively?

at the beginning, it was the parents who slipped the cell phone to the child and ordered him to play with it and not to make any noise.

in many cases, it is the parents who give up their children to the mobile phone.

when one day, you want to keep your child away from your cell phone, you are surprised to realize that your child is stuck in it.

it's too late to regret!

Don't expect children to resist the temptation of mobile games!

Don't expect children to put down their phones on their own initiative!

Children are the biggest victims. It is our parents who are busy, tired and lazy. For a variety of reasons, the child was pushed to the mobile phone!

Please don't forget to discipline and guide your children.

it is often said that there are never problem children, only problem parents who can't educate their children.

most children who are addicted to mobile phones can only get a sense of belonging and value from mobile phones and games because they are ignored by their parents.

Our bohemian homecoming short attire are created by impeccable tailoring and everlasting elegance. Enjoy the best online shopping experience ever, at your fingertips.

parents who are really smart never let their children play with their mobile phones.